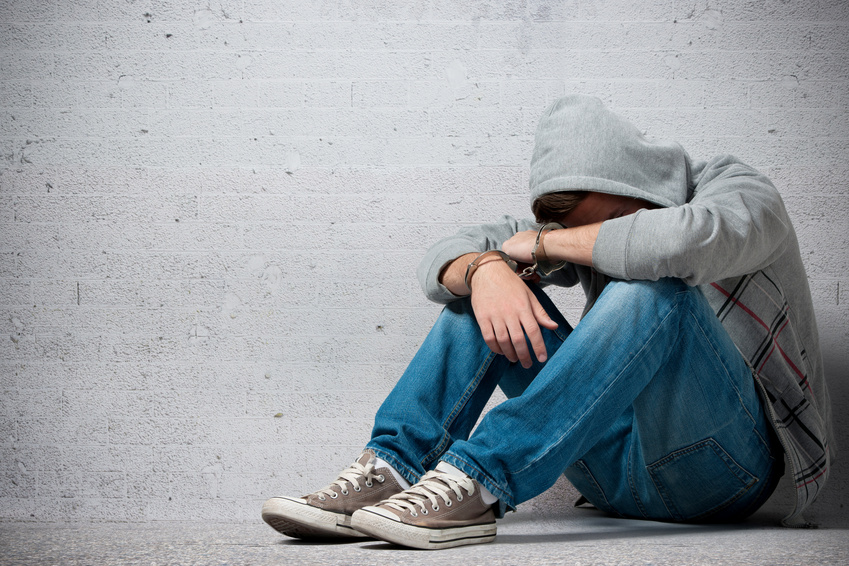 How Does Depression Start?

We’re not born depressed. We’re born happy, energetic and curious. We throw ourselves at new experiences, engaging with everything new like it’s the best thing ever. The last thing on the infant’s mind is “I think I’ll put off learning to walk until next year….” But as we grow we learn from both successes and failures, our families are often the ones that put boundaries around certain activities, stopping us from running into traffic, scaring us just the right amount, giving encouragement and warnings. Eventually we learn to set out own boundaries, we estimate which activities pay off and which ones are scary, dangerous or destined to fail. A child that fails to ride a bike or learn to swim at a young age may learn to cut off those avenues of pleasures with the learning of “I’m just not good at that stuff.” Through school and college, it might be ‘maths’ or ‘languages’ that seems not worth the effort. The first trips abroad might be cold, boring or scary. When everybody seems to form a romantic relationship before them, they might wonder what’s wrong with them. And then the first job they try is either too easy or too difficult, leading to a collapse in the last of their motivation. Confidence crashes and typically they find themselves stuck within a small range of activities used to temporarily lift their spirits. These coping strategies might be excessive drugs, alcohol, TV, video games, sex or a number of other strategies that rarely lead to them expanding their skill set or stepping out further into the world.

Learned Helplessness – The Psychology of Depression

Professor Martin Seligman coined the term ‘Learned Helplessness‘ in 1967 after running a number of experiments on rats in cages. The rats were mistreated and given no option to escape the mistreatment from the researchers. Later on, when escapes from the mistreatment were added to the experiment, the rats no longer made any effort to escape – they had learnt to be helpless, become passive to improving their situation. Whatever you think of the ethics of the experiment, this usually described the depressed person very well. There are often many things they can do for pleasure and enjoyment, things that would improve their situation, such as exercise or apply for a new job, yet they they fail to act. Their assessment of those things that most people would agree would help, is not motivating for the depressed person; instead they predict poor outcomes, feel scared about taking action and therefore their situation rarely improves.

How Does Cognitive Hypnotherapy Resolve Depression?

Cognitive Hypnotherapy is a modern form of hypnosis that retrains the unconscious mind (that part of us that manages our emotional responses) to reduce the impact of the old, unhelpful learnt responses. Clients are quickly helped to remove unhelpful and automatic feelings of guilt, shame, regret and remorse that often keep the depressive person overly focused on past failings. Similarly, depressed clients often have a lot of active anger (often towards themselves) which we resolve when present. This treatment tends to reduce anxiety about the future although some work may be specifically needed to address this. Formal hypnosis may be used to encourage feelings of confidence, strength and resolve that get the client moving in the right direction so they can engage in activities likely to create authentic happiness again.

“Thank you so much for the guided meditation/hypnotherapy. I’ve been listening to it every day and loving it. It’s filled with such simple but beautiful intention and possibility. It’s colouring my life and really seems to be working to reboot my tired old brain… Thank you so much Simon, it’s a beautiful thing and I really appreciate your kind help.”MW – PTSD/Depression & Anxiety

In the case of anxiety and depression treatments, standard IAPT measures are used (the same as your doctor uses) so that we can see how quickly your measures for depression and anxiety are resolving – or to change tack if they are not! Quest based Cognitive Hypnotherapy is the only form of hypnotherapy with published data on its effectiveness (shown to be more effective than CBT).

How Do Antidepressants Resolve Depression?

Blog: Antidepressants are not a treatment for depression. Doctors are very effective in treating diseases of the body (a biological system). Unfortunately, their great success has encouraged them to extend the use of their medical model outside of its natural scope and believe by changing the levels of chemicals in your body the problem will go away. Anxiety disorders are spiritual disorders (disorders of consciousness). Doctors use medication, which typically reduces or increases the availability of certain neurotransmitters in the brain. These changes act like a very blunt instrument and change hundreds of systems within the brain, all of which use the same limited number of neurotransmitters. This is why antidepressants typically have so many side effects, creating problems with sleep, appetite, mood, etc. Antidepressants aren’t a treatment for depression, once you stop, everything typically goes back to before, unless somehow your environment has changed in the meantime. They help some people function better but they do nothing to address the cause of the depression. The brain is often talked about as if it is a computer. With this metaphor in mind, adding antidepressants is like cranking up or down the voltage or clock speed of the computer, adding minor improvements to its responsiveness, rather than correcting the faulty software which is responsible for the problem. Cognitive Hypnotherapy is adjusting the software, so that the computer can run as it is supposed to run.

If your life is currently limited by the strong emotions discussed above, even if you’ve tried other treatments, contact me today for a chat so that together we can create a fast, effective and very positive change for the rest of your life. I typically see clients between two and four sessions for these types of issue and improvements should be immediately noticed from the earliest sessions. Simon A. Bates MNCH(Acc) BSc Cog. Sci. MNLP Email: simon@freedomhypnosis.co.uk or call 07968 399414.

Don’t Be A Victim – Jordan Peterson