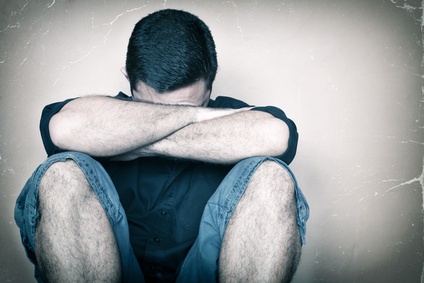 This post is inspired by the very emotional programme about male rape shown on the BBC in December 2017. It covers the stories of a number of victims of male rape and how it affected them and continues to do so. The programme included the estimates that one in six men will be the victims of rape or sexual abuse, and that approximately eight men are sexually abused every hour. It’s difficult not to be shocked by those figures but, as a therapist, I found myself angry and frustrated at the fact that so few of them had been able to connect to services that would allow them to recover. The programme ended with the statistic that ‘On average, it takes a man 26 years to speak out.’ That means there’s lots of people that take substantially longer than 26 years, to finally open up. How are we failing these people so badly that they either don’t know where to get help or feel too ashamed to ask? This seems to be much worse for men, the macho attitude of ‘just getting on with it’ and not wanting to be seen as a victim. The fact is that for far too long, many of the services offered have not met the grade, whether NHS, charitable or private, and I hate to say it but the support groups on in the programme left me with the same depressing feeling, let me explain why.

When the problem has persisted over years, a proper treatment is required, not care and support.

Here, it’s important to make the clear distinction between ‘care and support’ (typically counselling) and ‘treatment’. In the case of an assault, the proper approach is care and support where the person is able to be open emotionally in a safe environment that supports their return to normal emotional balance. But all of the ‘victims’ and I’m trying so hard not to use that term in this article, showed all the signs of still be traumatised by the event many years later. It is normal to be impacted by these events, you are supposed to lose sleep, your mood be effected, the constant re-living of events, to be hyper-vigilant following an event …. and then you are supposed to return to normal. That’s the healing process. The diagnosis of Post Traumatic Stress Disorder is not that they have these symptoms but that they are not getting better after three to six months – that is the ‘disorder’. And in each case on the BBC programme, I saw people that remained traumatised years after the event. Each re-telling came with stuttering, tears and a wealth of other tells that showed they hadn’t escaped from the pain yet. It’s difficult to know why some people spontaneiously recover from trauma and some don’t (about a third don’t). Often there’s an unconscious strategy to try and go back and change what they did “If only I’d taken a taxi” or they feel they need to explain what happened, or to find some reason that will satisfy them as to why they didn’t report it or why they didn’t scream for help…. None of these approaches work in healing the trauma.

More often with men, they are so devastated by the attack that they can’t tell anybody at the time, they feel ashamed they couldn’t/didn’t fight off the abuser, the trauma leaves them unable to deal with life’s struggles, they are emotionally erratic, they drink, take drugs, relationships fail, life seems on hold. A little care and support (counselling) might have prevented them from becoming traumatised (PTSD) at the beginning. The problem is that ‘care and support’ is not treatment for PTSD. Care and support, which often involves the re-telling and re-experiencing of the event, over and over, often in a support group, only keeps the trauma alive. When the problem has persisted over years, a proper treatment is required, not care and support. Thankfully there are many treatments available which effectively go in and recode the memory so that it’s no longer frightening and over-whelming. As a therapist, in most instances, I don’t want the story, I don’t encourage the re-telling of the circumstances, it’s not needed for therapy; if it is needed we can retrieve the information in a way that is safe for the client. I wish I could give my full support to ‘Stay Brave UK‘ and similar services because I know they are well meaning, their heart is certainly in the right place and I know they do good work. But people that need to go to such support groups over and over and feel the need to tell their story, are still crying, are showing all the signs that they are still traumatised. Their lives are still highjacked by it, even if the support helps them to cope better. I’d love to see them continue to educate the community that help is available and to offer timely care and support for those able to seek it. But they also need to understand when care and support must give way to proper treatment so they can regain control of their lives and refocus on their own values and goals, and make that the most important thing in their lives.

Treating PTSD And Trauma With Hypnotherapy

Male Rape – A Problem That Persists