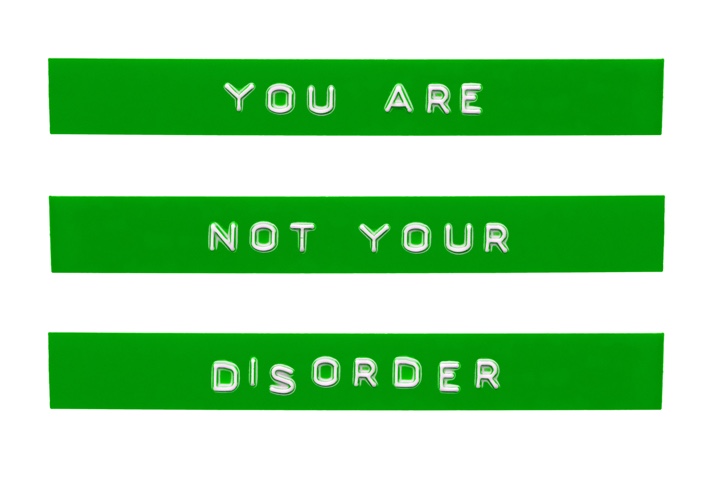 Modern Psychiatry Is Losing Its Way

Every month or so I get enquiries from a potential client who's clearly been through the medical/psychiatric pathway of care and my heart sinks.  This week I had a client who insisted I read his psychiatrist's notes on how they'd been diagnosed with this and that.   The actual issue that was creating difficulty in his life, which was real, and very treatable would have taken me or any of the students I work with 30 minutes to resolve completely.  Hours of correspondence and calls later, an insistence that three people were involved in booking and monitoring the sessions and there's still no appointment in the diary.  It will probably never happen.  I'm certainly not reading those notes; that's never going to happen.  Why would I see this client through somebody else's eyes, rather than my own?  A lot of the information I need from the client is non-verbal anyhow.

When a client says they've been diagnosed as Depressed or suffering from PTSD, it's information that I hold very lightly; at most it sets a course of inquiry into the mental processes they are experiencing that are unhelpful.  We help identify them and find ways of putting better processes in place to run automatically so the client can really leave the problem behind after the session.  Often clients read the news and believe they are socially awkward because of their genes, or feel truly hopeless after being diagnosed as a 'Depressive'; well at least the medication will help them feel less sad about that!  Diagnosis by an authority figure can lead to rigid beliefs which can affect their whole identity and sense of self, as opposed to understanding their brain has learnt to run a process, which can be unlearnt.  The truth is that whilst diagnostic labels relates to the symptoms of the client, they do not relate to, or identify, the cause.  I frequently get clients suffering from both 'anxiety' and 'depression' - conditions that should be two ends of the diagnostic spectrum.

In most cases, psychiatric medicine fails to address the cause.

Here's an example.  A recent client had killed a pedestrian driving at night.  Six months later she was getting flashbacks, bouts of anger, sleep problems, reliving that 'thump' and being fixated by that image on the ground under a blanket.  If you were to attach psychiatric labels to this client, it would be PTSD, depression, anxiety, sleep disorders, etc.  The standard treatment would be antidepressants, anti-anxiety medication and then something to help them sleep and none of this would address the problem, only the symptoms.  In most cases, psychiatric medicine fails to address the cause.  The cause, in this instance, was her replaying the 'thump', the images, etc in her head over and over.  One session to stop that, one to ensure nothing else was needed and confirm the first session had done what it was supposed to.  Job done, no medication required.  And let's remember, that medical/psychiatric intervention would have been a minimum treatment of six months on those drugs, probably several modifications of those drug types and levels to get the client to the right level of detachment and indifference to the 'thump' and the images her unconscious were unhelpfully regurgitating.

Because of the success of the medical model of disease to treat viral, bacteria and genetic conditions, researchers and psychiatrists have pushed the medical model far beyond its natural 'biological' scope in the hope of helping people with psychological problems.  It's undeniable that changing levels of neurotransmitters has demonstrable impacts on consciousness, mood and personality but this denies other facts in existence. We learn to regulate ourselves over decades.  There are thousands of systems and sub-systems in the brain that are essentially regulated by just ten or so neurotransmitters.  Raise dopamine and the client is more goal-focused but his movements become disregulated.  Raise serotonin and the client might seem more satisfied but they're less motivated to solve their real problems - oh, and their sleep isn't the same as it was and their appetite has gone haywire.  Have you ever looked at the list of side-effects for anti-depressants?  That's because of all the other non-related systems those neurotransmitters help to regulate.  Typically these types of drugs are as targeted as a blind man shooting at fish in the sea hoping he might get lucky this time. To use the 'brain is a computer' metaphor from Cognitive Science, the psychological problems we are talking about are software not hardware and altering the clock speed, voltages and currents to the whole computer is not helpful.  What we need is a change in the processes and the code that manifest the client's problem.

None of these psycho-active drugs offers a treatment.  Once they stop taking the drug, everything goes back to how it was.

Typically most doctors and psychiatrists have a list of five drugs they often use for a condition such as depression; if the first doesn't work they move you to number two and so on.  They pretend it's scientific but it's guess work because each patient has a unique neurology controlled by their unique learnt responses to neurotransmitters.  That's why some people get lucky but many loose hope after the third or forth new drug.  None of this really addresses the processes that the client is systematically engaged with.  None of these psycho-active drugs offers a treatment.  Once they stop taking the drug, everything goes back to how it was and if the client is still in the same depressing situation, their life will be no better, and their hopelessness will have increased.

I'm a big fan of big-pharma but I'm also the first to admit it has its black sheep.  Pharmacology is big business, billions are at stake, but some companies have created a pretence of helping clients that is little short of a racket.  Don't believe me?  This is how Dr Marcia Angell, editor of The New England Journal of Medicine described current drug research in her book on the subject:

“It is simply no longer possible to believe much of the clinical research that is published, or to rely on the judgment of trusted physicians or authoritative medical guidelines. I take no pleasure in this conclusion, which I reached slowly and reluctantly over my two decades as an editor of The New England Journal of Medicine.”(1)

One case, in particular, cited by Dr Angell, describes her concern over a professor of psychiatry at Harvard Medical School and chief of paediatric psychopharmacology at Harvard Massachusetts General Hospital. She wrote: “Thanks largely to him, children as young as two years old are now being diagnosed with bipolar disorder and treated with a cocktail of powerful drugs, many of which were not approved by the Food and Drug Administration (FDA) for that purpose, and none of which were approved for children below ten years of age.” Dr Angell continues...."In June 2009, an American senate investigation revealed that drug companies, including those that make drugs he advocates for childhood bipolar disorder, had paid [him] $1.6 million in “consulting” and “speaking” fees between 2000 and 2007."(2) We are now in a position that doctors are unable to tell truth from fiction in the journals they rely upon.

The once trusted DSM (Diagnostic and Statistical Manual for Mental Disorders) is now up to volume five but with each incarnation, the common sense has been left behind and now we have been left with an uncomfortable parody of good scientific practice. This is how DSM-V was described by one (honest) psychiatrist:

"This is the saddest moment in my 46 year career of studying, practicing and teaching, psychiatry." - Allen Francis.(3)

He continues, "They are pathologising everything.  If a kid has a temper tantrum now, they are calling it 'Disruptive Mood Disregulation Disorder. [for the purpose of accessing government aid/programmes].  Grief is no longer considered normal grief, it's now Major Depressive Disorder.... The everyday forgetting characteristic of old age, will now be misdiagnosed as Minor Neuro-Cognitive Disorder. " The most shameful aspect of this are the parents desperate to get Johnny diagnosed so they can get state assistance.  Heaven help Johnny if it looks like he's getting better!

Whilst it's true that some people do suffer from complex, chronic and acute problems based on brain trauma or genetic deficits, this is a very small number of people and they are suited for, and benefit from, psychiatric help.  However, for most people, depression, anxiety, trauma, most mood disorders can be treated quickly and cheaply through brief therapy, such as Cognitive Hypnotherapy.  Many doctors and psychiatrists are either unaware or refuse to acknowledge this fact and their clients are poorly served because of it.   References: